Here is the start of Everything - the Brain. Please review Cognitive Labs at your leisure including the starting pages for everything.

The End...and The Beginning
>

O I am of Lawrence of Arabia! He is actually my relative...the story gets interesting... 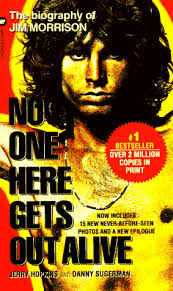 O Lawrencium of Gold Come Forth!
>

Ron Reagan must have known there would be raised eyebrows and assorted harrumphs from his writing a book about his father. The liberal son of a conservative icon set out to discover the elusive side of the late president and to shed a light on his roots and how they shaped his character. The radio host and author indeed struck a nerve when it was reported he writes that while in office, his dad may have exhibited early signs of the disease that killed him. With the aid of his estranged half-brother Michael, a conservative, the story became "Ron Reagan Says His Dad Had Alzheimer's in Office." Read the Blog Article

My Story Dear Readers, Flows Like Flaxen Gold from the Hand of the One of the Brain of Cognitive Labs. It is of Allegory to Document a Host of Crimes of the Canyon of the Strawberry and of the Field of Dreams of the Fair Shore of the 94027 Zip Code! O the Crimes of the Hidden Camera They Are! To think that Companies Regarded as America's Most Admired Engage in (1) Mail Fraud (2) Transaction Fraud (3) Hazing (4) Shadowing (5) Hidden Pix and (6) Weird Vendettas including Paying people not to Talk to Others such as the Wise man of the Rose Law Firm of Chicago's Grip (7) Using Artifacts of Egypt to Say Someone is 'Dead' in Media such as the Mask of Tutankhamun and (8) Invoking the name and face of Osiris to Say Someone is Dead on the Internet on Shattuck Avenue goes too far...

Punishment Ensues such as the Humiliation of the Academy Awards and Super Bowl Commercials and talk of Hell Freezing Over and of Course the Omnipresent Airplanes and Drones-of-the-brain-and MRI-tracking-people-without-their-approval!

O Lord of Light of Everest is High!
>

O Here this Story of Allegory! O This is My Face! O it is Anapurna! O This is My Breath! O it is the Fire of Lhasa-Karnak! O This is My Will! That Berkelium Lawrencium Return All My Artifacts of Forever to the State of Egypt! O Hosni Speak! O Lord I am in the AfterLife of the Last Battle! O Hidden One I Saw your Face! O What I mean is this! O say a Prayer for Me at Al-Balyana-is-Abydos-of-Forever! O Hear this O Actress of Osiris Grip in Berkeley of the Sad Ones! O Your Souls are in Peril! O Losers of Techne Tremble saith One who is Hidden! O I am of the Brain! O my Will is Cast in Hermopolis of the Divine Ones-of-Forever! O Hetepheres Come Forth! O Mars Come Forth! O Seven Signs of John of Revelation Be Here!

Meditation and the Brain's Gray Matter
>

Meditation appears to change the brain...yet one more story on this phenomenon.

Well People I am Back
>

Hello Cognitive Labs fans and Members! Guess What! I was in Palestine is Forever but now I am back for a time! Yes, I'm working on a new social music project called successor to digacast . a rendition of our start as the plan for MySpace.

I love mobile phones and particularly mobinil! I have a chunk of stock in something called MMG backed by Kuwait's movers-and-shakers. This is overseen by one hidden pal.

I am now the owner of cognitive labs with a stake in brain.com. And there's probably more to tell...