At UC-Irvine, scientists are studying a man with a hyperthymestic memory, planning to use an advanced MRI array to analyze whether or not he shows any signs of structural brain differences compared with the norm.

In hyperthymesticsm, individuals have a more efficient database, remembering most details about daily activities years later, associating each with a name and a date.

Interestingly, they do not show superior behavior on information processing and immediate memory tasks, just exceptional recall. Nor are such individuals savants, with deficiencies in one area but exceptional skills in others areas, such as numeric computation.

Findings might improve our understanding of the mechanism of knowledge accumulation and retention and locate it more precisely in the brain.

Flying is Probably Not in our DNA
>

But don't tell that to Yves Rossy, a Swiss inventor who strapped on a pair of wings coupled with a jetpack of his invention and soared above the Alps.

During the flight, Rossy reached a speed of 186 MPH and executed loops, figure-eights, and barrel rolls.

This brings up an important point. The point is that we evolve (and so do all organisms) through stress. Stress reveals weaknesses in body systems, change is driven by the need to adapt and in the very short-term, by the development of work-arounds and quick fixes in one system which ultimately influence other systems and then finally, DNA is amended, like a Bill entering the House, getting support, getting vetoed by the president, being sent back for legislative review, and then finally passing.

A skeptical view would be that flight is impossible. Once man flew too close to the sun and suffered molten waxen wings and an interminable spiral back to earth, why try again? "Everyone knows that xyz is impossible," the conventional wisdom says, and even if it is possible, and you prove it with something akin to executing the tough yo-yo trick 'walking the dog', then there are a legion of reasons why they'll tell you it should not be done now. Many officials take this posture, not necessarily intentionally - they want to believe, but because of the downside of risk. This stance is not even unique to industries, you could say it is axiomatic behavior for all incumbents...you just have to keep chiseling away Not one, but two Tesla tests...

There's a new test coming up, as well as a really interesting attention-requiring game. We'll keep you posted. Hint: the test has something to do with electricity.

We recently saw this post about Brain.com on Yahoo! Answers, the social Q&A service:

Thanks. Feedback from the web tops press releases, in our book.

Researchers at the University of South Florida and Cedars-Sinai Medical Center have found that two molecules - luteolin and diosmin - found in some plants may have a beneficial effect in brain tissue linked with Alzheimer's disease.

Researchers, led by Terrence Town, Ph.D., a research scientist with the departments of Neurosurgery and Biomedical Sciences at Cedars-Sinai Medical Center, indicated that luteolin and diosmin reduced levels of amloid-beta, which forms the sticky deposits that build up in the brains of patients with Alzheimer's disease.

In the study, molecules called flavonoids, which are found in certain fruits and vegetables, were administered to a mouse model genetically programmed to develop Alzheimer's disease.

When the researchers used two of these molecules, luteolin and diosmin, they could successfully reduce the levels of a protein called amyloid-beta, which forms the sticky deposits that build up in the brains of patients with Alzheimer's.

They said that these molecules work by targeting a protein called presenilin-1, which has long been linked to Alzheimer's as a genetic cause of this devastating and untreatable illness.

The findings of the study may have future implications in developing a new approach to therapy for patients suffering from this neurodegenerative illness, which is the most common cause of dementia and is estimated to affect more than five million people in the United States.

"These flavonoids are widely available in natural foods and it appears that they may be used in purified form as therapeutic agents. The compounds have few if any side effects and are naturally occurring in citrus fruits. They also can be found as dietary supplements in health food stores," said Town.

Some amazing WWII pictures, mostly not widely seen, on the Eastern front. Just over a week ago was May day, then a week later, the holiday celebrating the end of WWII in Russia, or the "Great Patriotic War"...

Julie Steenhuysen of Reuters reports that a drug from a new class of weight-loss treatments disrupted wiring needed for brain development in young mice, U.S. researchers said on Wednesday, raising concerns about using such medications in children.

According to the piece, scientists at MIT studied the effects of a chemical that suppresses appetite by blocking cannabinoid receptors in the brain, the same brain mechanisms that make people hungry when they smoke marijuana. Evidence seems to indicate that brain development is stymied by the presence of the compound.

Read more of the article

The Brain health page - here - has been reloaded with new tips.

The tip about surfing at Santa Cruz and the Great White, is due to Dr. Ashford.

What, you ask, does this to have to with cognitive fitness? You'll have to click through to find out. 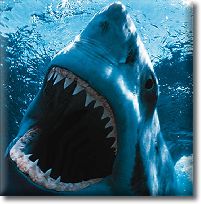 Wash it down with some Hawaiian punch (fruit juicy)

Oh please, no more of these...green eggs and spam

Here is more on the cognitive reserve theory...now in Time Magazine. What is not mentioned, however, is IQ's association with longevity and also reaction time, which seem to form a triangle of interrelatedness.

Do Androids Dream of Electric Sheep...Revisited
>

According to this epistle from the Lifeboat Foundation, SF-based Emotiv systems product will (d)evolve into a tivoish dream-recording device by the year 2050. Also, you can share coglabs blog by clicking the permalink and posting to your favorite social network, linkshare-site, automatically. Why Ibuprofen May Help Cognitive Function
>

Cognitive function may be improved, or decline averted, in early stages of Alzheimer's disease, new research suggests. Speculation is this is due to the anti-coagulant properties of the drug.

PhysOrg has a piece on another longitudinal study on cognitive reserve, the enhanced mental faculties that accrue to people with "knowledge" based professions such as research, science, and technology - using a wide variety of cognitive processes and stretch their capabilities.

Duke researchers compared intelligence test scores given to Army recruits in WWII with performance on cognitive tests later in life, through the prism of the individual's choice of career. Dating back to the Permian (270 million years ago) and becoming diverse in the Jurassic (Park) period, Gingko Biloba is sometimes called the living fossil.

The reason for its success?

-Ecological Conservatism, preferring light soils near rivers (a condition satisfied somewhere in the world for the past 300 million years)

-Slow maturing and longevity, the average tree has a 1,000 year lifespan

Fresh leaves, the inner seed, and dried leaves are often combined to create a blend with antioxidant properties.

It's a gymnosperm (pines, redwoods, ferns, spruce) and the only one that is deciduous. It probably was eaten in great quantities by large, grazing dinosaurs

N.Y. Botanical Garden Gets into the DNA Game
>

A "Barcode of Life" will transliterate the DNA of trees, according to Deepthi Hajela of the AP who writes...

The New York Botanical Garden may be best known for its orchid shows and colorful blossoms, but its researchers are about to lead a global effort to capture DNA from thousands of tree species from around the world.


The Bronx garden is hosting a meeting this week where participants from various countries will lay the groundwork for how the two-year undertaking to catalog some of the Earth's vast biodiversity will proceed.

The project is known as TreeBOL, or tree barcode of life. As in a similar project under way focusing on the world's fish species, participants would gather genetic material from trees around the world.

A section of the DNA would be used as a barcode, similar to way a product at the grocery store is scanned to bring up its price. But with plants and animals, the scanners look at the specific order of the four basic building blocks of DNA to identify the species.

The resulting database will help identify many of the world's existing plant species, where they are located and whether they are endangered. The results are crucial for conservation and protecting the environment as population and development increases, said Damon Little, assistant curator of bioinformatics at the Botanical Garden and coordinator of the project. (more)

I think that I shall never see
A poem lovely as a tree.

A tree whose hungry mouth is prest
Against the earth's sweet flowing breast;

A tree that looks at God all day,
And lifts her leafy arms to pray;

A tree that may in summer wear
A nest of robins in her hair;

Upon whose bosom snow has lain;
Who intimately lives with rain.

Poems are made by fools like me,
But only God can make a tree. Brain training is definitely in the news, with a front (B-1) business page story in the NY Times talking about how expensive the programs are. Except for here, where our objective is to make world class science accessible and if possible, fun.

For now, enjoy the game of senet -it's 5000 years old. (Featured here on the tomb of Nefertari, one of the Queens of Ramses II, who had more than 100 children.) The reason it was in the tomb painting was due to the belief that success at the game was a skill needed in order to get through the judgment at the hands of Anubis, where the heart was weighed for its "living in accordance with ma'at."

Somehow being speedy at the game helped you to speed through the weighstation going to the afterlife, in Egyptian mythology, and thus, it was featured on the tomb