From Benjamin Franklin to Henry V, from Otzi the ice man, to Robin Hood, to cancer patients today, all of these people have one thing in common, they advocated the yew, an evergreen tree of the genus taxus which grows worldwide.

In a 1776 letter to General Charles Lee, a Revolutionary war general, Franklin wrote:

"We have a large quantity of saltpeter, 120 tons...but I still wish, with you, that pikes could be introduced, and I would add bows and arrows. They were good weapons, not wisely laid aside; 1st, because a man may shoot as truly with a bow as with a common musket. 2nd, he can discharge four arrows in the time of charging and discharging one bullet. 3rd, His object is not taken from view by smoke on his side. 4th, a flight of arrows, seen coming upon them, terrifies and disturbs the enemies' attention. 5th, An arrow striking any part of a man puts him hors du combat till it is extracted. 6th, Bows and arrows are more easily provided everywhere than muskets. Polydore Virgil, in speaking of one of our [British, not American] battles against the French in Edward III's reign, mentions the great confusion the enemy was thrown into, sagittarium nube..."

While Franklin's wish went unheeded, the bow he was referring to was the longbow, made from the European yew, having a range of up to 300 yards, and became greatly popular when hefted by yeoman in the years after 1100 in England, when it was used effectively against the Normans in the annexation of Wales. Subsequently it played a prominent role in most English battles until Queen Elizabeth decided to stop enrolling bowmen in favor of matchlock musketeers in the middle 16th century, and was popularized in the Robin Hood tales, whose band of merry men always carried the longbow.

The oldest longbow remnant in England was found in the town of Ashcott, Somerset, dating to approximately 2,665 B.C.E. Neolithic societies in Europe pioneered the longbow and discovered the facet of its natural properties that gave it greater power than steel. The heartwood at the center of the tree is very dense and can withstand great compression, while the light sapwood under the bark - and narrow runner branches in the crown - is extremely elastic and can be bent back 180 degrees and snaps back in place, unharmed. Ancient peoples experimented and used the heartwood for the back of the bow and cemented sapwood to the front with a natural glue, creating a compound effect. As a result, unprecedented distance and power was achieved in the six-foot bow, though often it took more than 100 pounds of force to pull back the bowstring into a firing position.

Early yew bows are found throughout the continent and Otzi, the ice man discovered in an Alpine glacier in 1991, was carrying an unfinished yew bow stave when he was caught in an unseasonable cold storm while walking across a mountain meadow 5,300 years ago or fell into a crevasse. In a leather pouch, Otzi carried a variety of tools, a fire-starting kit, and a few herbs.

The very similar taxus brevifolia, or Pacific yew, lives in the coastal mountains of North America from British Columbia to Central California, with stands in the Northern Rockies.

Range of the Pacific yew

In recent decades, the chemotherapy drugs Paclitaxel and Abraxane, anti-cancer agents used for breast, lung, and ovarian cancer therapy are derived from the bark of the Pacific yew, and marketed by Bristol Myers. The company patented the name taxil. Sales in the U.S. reached $1.6 billion in the year 2000. Early on, the yew was included by Pliny the Elder in his chapter 'The Natural History of the Forest Trees' as a noxious compound, and he reports there was reputedly a poison for the tips of arrows made from the yew called "taxon." Around the year 1000, the Persian biophilosopher Avicenna named yew as a possible cardiac remedy in his Canon of Medicine.

"Show me someone who likes stream deposits and I'll show you an alluvial fan," say geologists.

Millions of people worldwide have settled on alluvial fans, not always a good idea. Alluvial fans (USGS, 1999) form at the base of mountains where fast-flowing streams meet relatively-flat surfaces of basin floors or broad valleys.

Up In Smoke: Cannabis Substance May Relieve Alzheimer's Symptoms
>

Deadheads in the Vanguard of Science

A legally obtainable medical formula with marijuana components may actually help Alzheimer's patients retain or enhance their memory, according to researchers at Ohio State University, led by Gary Wenk and Yannick Marchalant.

THC, or tetrahydrocannabinol, is an active ingredient which appears to ease chronic inflammation in the brain associated with the development of memory loss. Presented at the 2008 Society of Neuroscience meeting in Washington, D.C., the researchers noted that once memory impairment is evident, the treatment would not be effective.

It is still true that excessive use of marijuana can cause short-term memory loss and have other side effects. The scientists advocate the development of neural pathway agonists that mimic the effect of THC through a legal, synthetic formulation.

A single-celled protista may revolutionize our understanding of how complex life evolved on Earth, illuminating the transition from algae, for example, to fish. With a width of up to 30 mm, or 1.2 inches, the grohia sphaerica even leaves a trail in the mud at the bottom of the sea floor.

Other things related to 10 million...

Cleopatra spent 10 million sesterces on a banquet for Mark Antony.

10 million: the estimated number of animal species on earth. 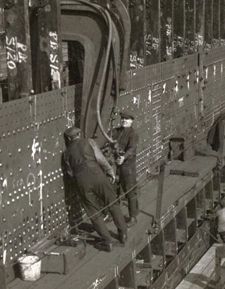 Ten million rivets were used to build the Queen Mary in the 1930's.

Dr. Ashford and the Alzheimer’s Foundation of America have passed on this statement by U.S. Senator Herb Kohl (D-WI), Chairman of the Senate's Special Committee on Aging, on Alzheimer’s awareness month. Our participation in 2005 contributed formatively to the direction of this website....

"Studies show that without a cure, or at least some treatment to delay the progression of Alzheimer’s, there will be almost a half million new cases of the disease each year by 2010. This disease is a growing national crisis and we must commit to addressing it in the most comprehensive way possible by increasing support for research, raising Alzheimer's awareness, and helping families living with the disease. Tackling Alzheimer's will require a serious investment in the search for new treatments, and I have been joined by many of my Senate colleagues in the fight for increased research funding in order to slow the onset of the disease and eventually find a cure."

Chairman Kohl plans to introduce a bill early in the 111th Congress that would provide training and support to family caregivers who care for loved ones, including those that are living with the disease. Almost 10 million Americans are caring for a person with Alzheimer's disease or other dementias. They often perform the same functions as a professional caregiver, but they do so voluntarily and with little or no training or access to broader support services.

On November 18, Americans are invited to participate in free confidential memory screenings at community sites nationwide as part of National Memory Screening Day. The screenings are administered by qualified healthcare professionals as part of the annual initiative sponsored by the Alzheimer’s Foundation of America (AFA). To find a screening site in your area, go to http://www.afascreenings.org/index.php.

While the growth hormone dramatically increased levels of insulin-like growth factor-1 (IGF-1), which in animal studies had been shown to increase clearance of beta-amyloid, there was no incipient trend of beta-amyloid clearance in a subgroup of patients.

"Given that multiple pathways contribute to the clinical Alzheimer's disease phenotype," the scientists wrote, "it is possible that selectively altering the IGF-1 system alone is insufficient to slow the overall rate of disease progression."

563 patients age 50 or older were analyzed at 45 sites. Participants were randomized to double-blind treatment with the growth hormone-stimulating agent MK-677 at a dose of 25 mg or placebo for 12 months.

But the researchers noted that the effect was small and substantially less than reported for FDA-approved cholinesterase inhibitors.

The only subgroup that appeared to potentially benefit from growth hormone treatment were noncarriers of the apolipoprotein E (APOE) epsilon (e) 4 allele gene, that is, individuals with APOE2 or APOE3 biomarkers. (the link provides a general overview of APOE)

This group had a marginally significant improvement in global clinical status measured by CIBIC-plus (P≤0.05) and some numerical but nonsignificant effects on the other efficacy outcomes.

The researchers noted that this was not a prespecified subgroup analysis and should be interpreted with caution.

Note: The research was funded by Merck and the authors have been financially supported by, and/or own stock-options of Merck, Inc.

The gas isoflurane, a commonly used anesthetic, is now being associated with stimulating the growth of amyloid proteins in the brain according to new research by a team at Massachusetts General Hospital led by Zhongcong Xie, MD., PhD.

The implications could be profound.

An extract of the plant oleander may offer potential as an anti-cancer treatment. Researchers at the University of Texas have been examining the properties of a derived substance and find that it inhibits the spread of a cancer growth agent and injects oxygenated free radicals into the impacted tissues, which cause cell death. Normally, presence of free radicals in the body is not positive and is associated with oxidation, aging, and cancer initiation.

However, in its natural state, all parts of the plant are very poisonous with alkanoids and glycosides and can be fatal to humans as well as grazing animals. It is ignored by omnivorous browsing deer for this reason.

The rhododendron (referring to oleander and the related desert rose) has not so much as found a Latin name among us, its other names being "rhododaphne" and "nerium." It is a marvellous fact, but the leaves of this plant are poisonous to quadrupeds; while for man, if taken in wine with rue, they are an effectual preservative against the venom of serpents. Sheep too, and goats, it is said, if they drink water in which the leaves have been steeped, will die immediately.

Oleander as an anti-Cancer Agent
>

A new study at UCSD has found that APOE positive individuals perform poorly on cognitive tests in the presence of the stress hormone cortisol in their saliva.

The researchers analyzed a large population of 962 individuals. Research concerning the mechanisms by which chronic stress influences pathological aging and cognitive decline is important for determining interventions, either pharmacological or behavioral.

Gordon Gekko, Back from the Ashram
>

What did gekko do for 20 years?

For Michael Douglas in Wall Street 2, he was supposed to come back chastened after some time in an ashram, only to get bit by the private equity bug in the post dotcom swirl.

In the latest re-write, he owned a greentech natural weed control company: goats, inc. before he was pulled into the mortgage-backed derivative frenzy and resumed his privateering ways...

Obama and McCain through the Prism as Battling Bots
>

Braintraining that tabulates down to the millisecond, whether you're in a red state or a blue state.

Aspartame and Your Brain
> What is the chemical breakdown of aspartame - the artificial sweetener?