Games Including Bingo Subject of New Research on the Brain
> 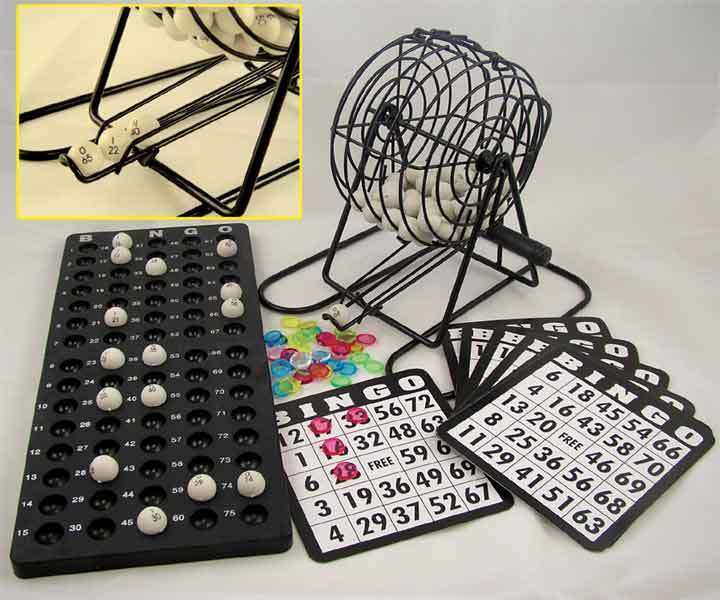 In a paper published online in the journal Aging, Neuropsychology, and Cognition, a team of researchers from Boston University and Case Western Reserve University (Cleveland, Ohio) demonstrated how changing the way something looks – in this case, the cards in the game Bingo – can enhance performance in groups with subtle problems in vision. The paper, entitled "Bingo! Externally supported performance intervention for deficient visual search in normal aging, Parkinson's disease, and Alzheimer's disease," was published by the journal in a special issue on cognitive and motivational mechanisms compensating for the limitations in performance on complex cognitive tasks across the adult lifespan.

The researchers chose to investigate the game of Bingo because it is a popular and familiar leisure activity. Coincidentally, it requires using aspects of vision that have been shown to be impaired to varying degrees in normal aging and in the common neurodegenerative disorders of Parkinson's disease and Alzheimer's disease. Players generally try to keep track of multiple cards at once to increase their odds of winning, but this is made difficult by the fact that Bingo cards used in community games are rather small and faint in print. The researchers investigated whether players' Bingo performance could be improved by making the cards larger and the numbers on them bolder, and by decreasing the amount of cards played at one time.

Participants in the study were 19 healthy younger adults, 33 healthy older adults, 14 individuals with probable Alzheimer's disease, and 17 non-demented individuals with Parkinson's disease. The researchers found that increasing card size and decreasing visual complexity through reducing the number of cards to search resulted in improvements in performance by all groups. "It is basic and simple to increase the size and decrease the complexity of the visual aspects of an everyday task, yet it helped each of the groups we studied," said researcher Thomas Laudate, Ph.D., lead author of the study.

Participants with Alzheimer’s disease received additional benefit from increased the visual boldness of the numbers on the cards, which presumably compensated for the patients’ reduced contrast sensitivity. "This research helps show that those with Alzheimer’s disease have visual deficits that interfere with functioning but they can be helped by increasing the contrast, or boldness, of the things they see,"said Dr. Laudate. The director of the research team, Dr. Alice Cronin-Golomb, concurred. "We focus so much on memory impairments that we sometimes forget that older adults can have impairments in other domains, too, such as in vision. We can’t fix memory very well but we have a whole arsenal of techniques to improve vision, and with that comes an improved quality of life".

This study supports previous research from the authors that has shown that enhancing visual aspects of the environment improves the ability to engage in a wide range of vital everyday activities including reading, eating, taking medication and recognizing faces and objects, even in those with cognitive difficulties. The improved functioning observed in healthy elders and in those with Parkinson’s or Alzheimer’s suggests the value of external visual support as an effective, easy-to-apply intervention to compensate for visual impairments. It emphasizes the importance of educating caregivers and health care professionals regarding interventions to counteract these visual impairments and their effect on everyday activities, in order to promote social interaction and independence in the older members of our communities.
The authors are Thomas Laudate, Sandy Neargarder, Tracy Dunne, Karen Sullivan, Pallavi Joshi, and Alice Cronin-Golomb, all of Boston University Department of Psychology, and Grover C. Gilmore and Tatiana Riedel of the Mandel School of Applied Social Sciences at Case Western Reserve University, Cleveland, Ohio.

// posted by neurofuture10:39 AM permanent link