Charlton Heston, who was known to be suffering from Alzheimer's Disease, has just passed away in Beverly Hills (the news just hit the wires).

Here's a look at the star in some of his best-known roles:

Taylor - Planet of the Apes: Watch the film 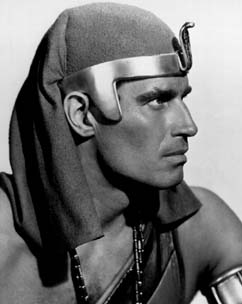 // posted by neurofuture12:33 AM permanent link