Aging Brain of Mars Rover gets a Boost
> 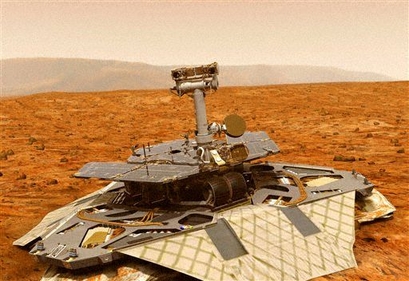 The Mars rover is getting its aging brain boosted. Scientists successfully transmitted a software upgrade to the rover which should help it stay lucid over the next couple of years, if it retains enough receptivity to energy to make this possible.

The goal is to create greater independence in the rover.

Greater cognitive skills in the area of inspection are a deliverable - scientists had to painstakingly dissect thousands of images just to find the frames they need and decide for the rovers whether to use their arms. The high-tech upgrades should help save time — as much as a day because scientists on Earth don't have to study a rock before sending commands to the robot to use science instruments on it.