We're hoping to look a little bit at the issue of facial recognition. There's the well-known Stanford study that documents the impact of staring eyes on transactional behavior.

The fact is, the number of transactions goes up. Even with a poster, as opposed to a real visage, this has been observed repeatedly.

Autarchs and autocrats have always known this: consider Saddam Hussein. And to a lesser extent, Mubarak. In the this scenario it is not transactional behavior as much as engagement.

I was surprised the last time I was in Egypt to see the staring face so much, particularly in public places.

This was known in ancient times as well. Consider late pharaonic and Roman period mummy portraits, some of the finest examples of art from ancient times.

Or, for propaganda value, the full-face portrait: 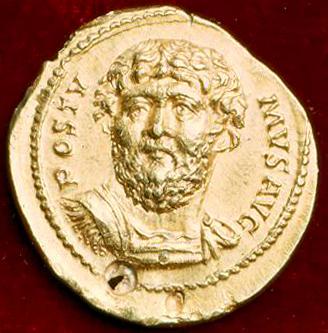 Some consider this gold coin (of Gallic emperor Postumus - read more) the finest example of portraiture in all of the Roman coinage, if not ever. (It served as the model for the gold-U.S. $1 coins of Sacajawea)